It consists in the excision of a portion (usually conical, hence the name) of the cervix (cervix) in order to remove a potentially malignant lesion or still very limited in its extension. E ‘to be considered a conservative intervention because essentially alter the architecture and physiology of the uterus.

The particular conformation of the support that holds the wolfram siterizzato wire reduces the “whip” very limiting during surgery.

Diathermic snare that is used by high-frequency current allows a cone biopsy of the launch and with minimal complicating intra and post-operative; in particular the bleeding is minimal and recovered fully (back their original look) of the cervix after a few months after surgery. This technique that respects the anatomy and the functionality of the cervix has however some limits substantially related to possible tissue thermal damage which may sometimes hinder the microscopic reading of the cone margin (cervical tissue) removed and not in the practicability in the deep extension to lesions in the channel cervical. 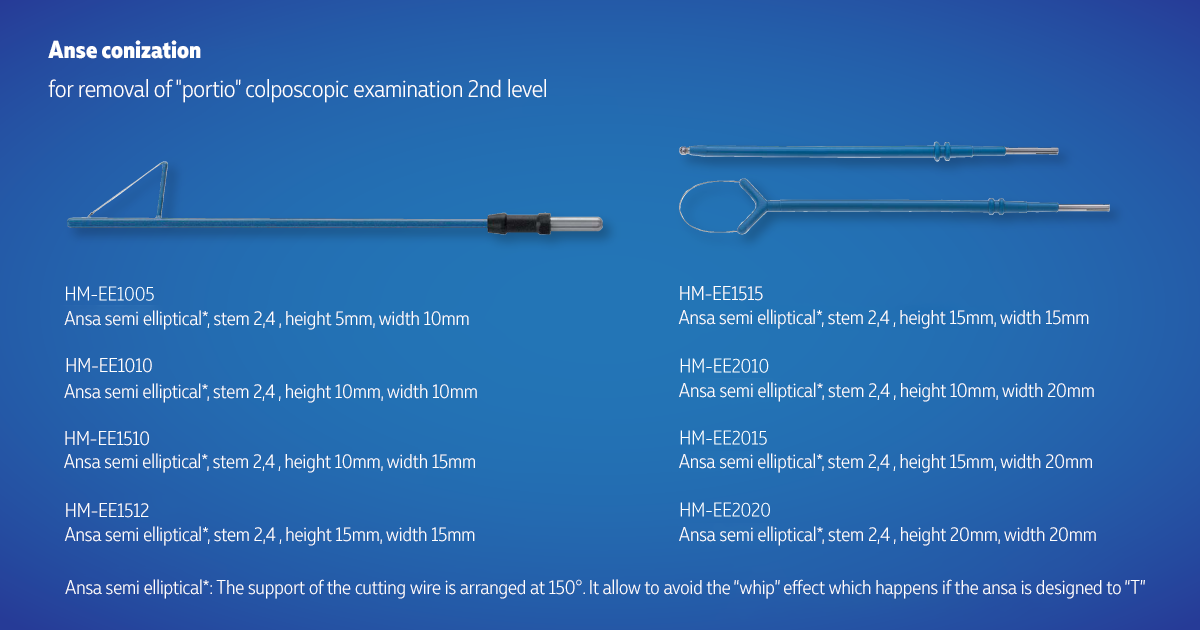